At Clarkston Bible Institute we are Board lead. We believe that many organizational pitfalls can be avoided when surrounded by Godly counsel.

Terry has been working with Christian organizations for more than 45 years. He has worked with international and training ministries most of that time and has a passion to equip Christian leaders to equip others as in 2 Tim. 2:1 – 2.

Terry and his wife, Sondra, served on the staff of Campus Crusade for Christ for 13 years, ten serving with the international ministries.  It was there he took his first international trips and met his first nationals.  He decided fairly quickly that if he could come alongside nationals and train them, that would be a great way to invest his life.

From there, God led Terry into management consulting for Christian organizations and churches.  During the five years in that role, he was privileged to work with over 20 organizations.

In September, 2016, Terry retired from Bible Training Centre for Pastors, and God has led him and some pastors to begin Clarkston Bible Institute.

Terry’s degrees include: a Bachelor of Science in Industrial Engineering from Purdue University, an MBA from California State University, and he has a Master of Arts in Christian Ministries from the International School of Theology.  He has traveled to, trained, and consulted in more than 40 different countries and was listed in Who’s Who .

Terry is currently living in Peachtree Corners, Georgia, with his wife Sondra and has three married daughters, seven grandsons, and a granddaughter. 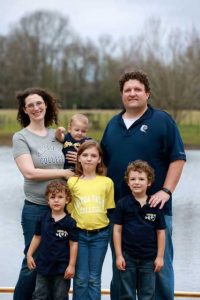 Trent DeLoach, Treasurer, Board of Directors

Dr. Trent DeLoach has worked with refugees for nearly 15 years as a church planter and mobilizer with the North American Mission Board. He graduated from Toccoa Falls College in 2002 and has also earned a Master of Divinity and Doctorate of Missiology from the Southern Baptist Theological Seminary.  He currently lives in Tucker, Georgia, with his wife Elizabeth and four children and serves as the lead pastor at Clarkston International Bible Church (CIBC). He came to that position with seven years of pastoral ministry experience.  CIBC is a multi- ethnic church in one of the most diverse communities in North America.  Over 2,000 refugees are resettled into Clarkston each year.  You can find over 90 distinct ethnic groups and over 60 languages spoken in Clarkston. It is a great place to gain valuable ministry experience. 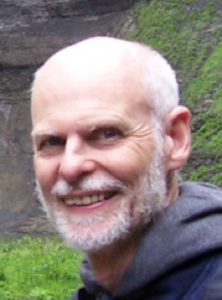 Dave Lambert, Secretary, Board of Directors

Dave Lambert has an M.Div. from Covenant Seminary and has 38 years pastoral experience.  In addition, he has studied at L’Abri Fellowship.  He has been a pastor of Cellebration Fellowship for the past 18 years, which has been involved in refugee ministry. His church has also partnered with World Relief over the years, and he is a board member of Friends of Refugees. He is married to Marg and has two adult sons.

James has served the Lord as pastor and a church planter for over 10 years since he was in Burma. There he graduated with a Bachelor of Science, Master of Divinity (Mission) and Doctor of Ministry (Mission). James has 10 years experience in non-profit Christian organizations and now leads JMA Ministries Inc. James and his family live in Georgia and have served the Lord as church planter among refugees in the Clarkston area since 2013. 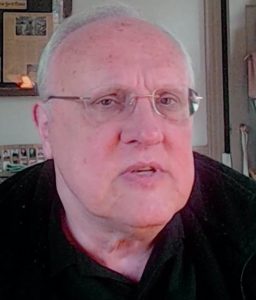 Phillip Kitchin has over 30 years of ministry experience. He earned his Masters of Divinity Degree from Southeastern Baptist Theological Seminary.

He was a church planter in North Carolina for seven years. Then he and his wife Myra and their three children moved overseas with the International Mission Board to plant churches in Brussels, Belgium. During their 13 years in Belgium, Phil and Myra started Christ-centered ministries to immigrants and refugees flooding into Western Europe from the ex-Soviet Union, Eastern Europe, Iran, Afghanistan, Africa, and Asia.

In 2006, Phil and his family moved back to the United States to become the pastor of Clarkston International Bible Church. For the next 10 years under Phil’s leadership, CIBC began multiple ministries to the Clarkston area.

Phil is one of Clarkston Bible Institute’s board of directors as well as one of CBI’s teachers.